PENDER COUNTY, N.C. — Pender County’s master gardeners donated their time and their green thumbs this holiday season at the 15th annual Making of the Greens where volunteers put together nearly 300 Christmas arrangements.

The bouquets are made with clippings from their own yards

Randy Mitchell didn’t know she was making an annual commitment when she attended her first Making of the Greens, but she rapidly discovered she loved the event so much that she hasn’t missed one since.

“I think everybody loves it, and it’s because it’s a really fun time of year,” Mitchell said. “Everybody is getting excited about the holidays, and you’re doing a really good cause for people who can’t really do anything for themselves.”

Volunteers gathered at the N.C. Cooperative Extension in Burgaw where they brought in piles of clippings from their own yards to assemble into Christmas greenery. It took all morning and then some to build the 270 arrangements, but the gardeners were determined that community members who may not be able to spend the holidays surrounded by family and friends would at least have a bright spot in their rooms this season.

“Just the thought of someone doing something special and thinking about them, making them feel like they are important, they’re not forgotten and that’s what it’s about,” Sherry Kittrell, another master gardener, said. 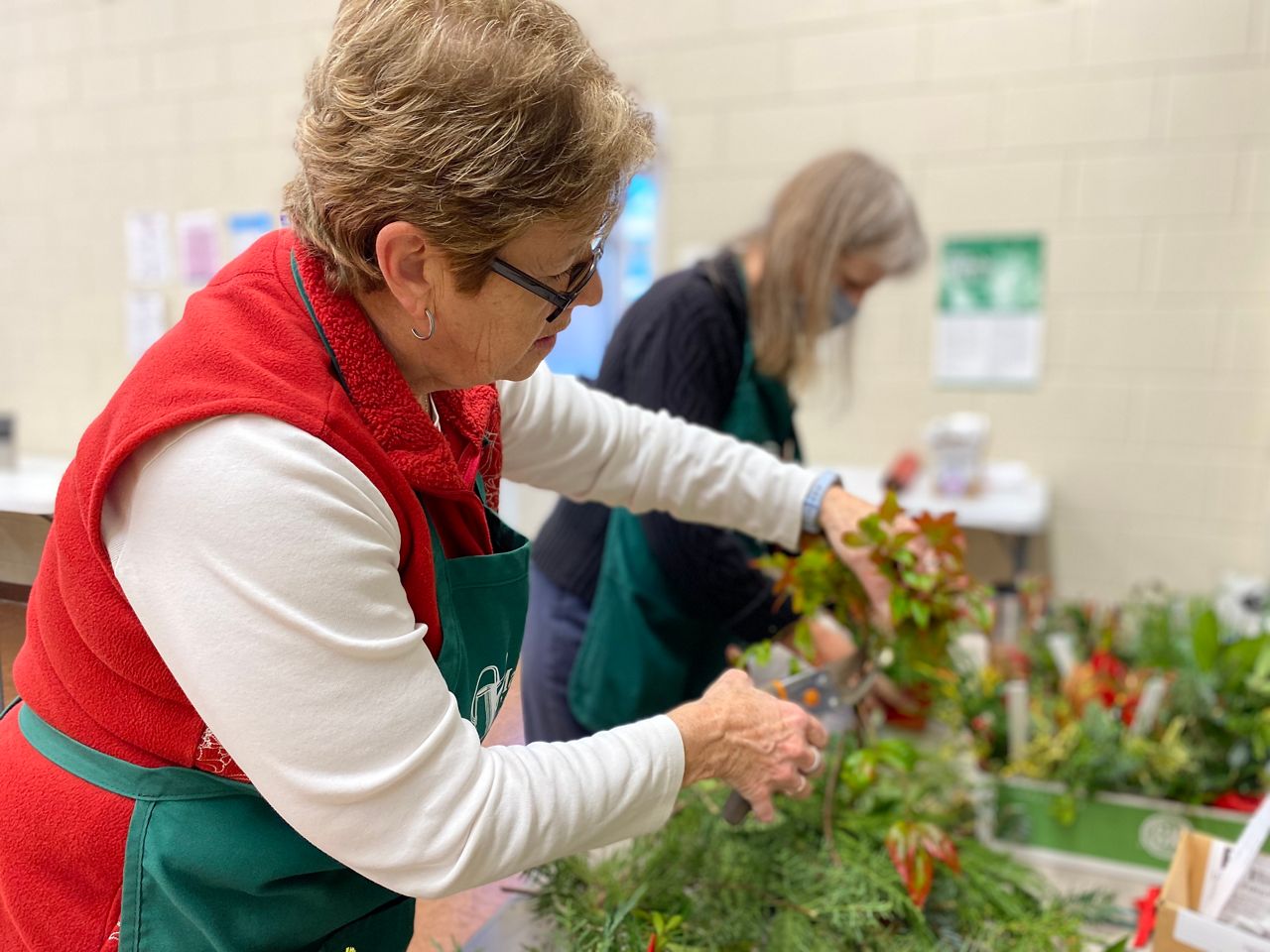 The only instructions are to make it pretty, put yourself into it and make it small enough to fit on a dinner tray.

The arrangements are actually assembled with a recycled yogurt cup as the “vase,” but you would never know it once it’s wrapped in festive foil and filled to overflowing with beautiful blooms.

“I’d love to see the people’s faces, but we’re able to give back and make somebody happy,” Mitchell said. “Something on their tray at night or at lunch, something besides tapioca and applesauce.”

They took turns delivering them throughout the afternoon to various hospitals and nursing home facilities in the county. Due to COVID-19 precautions they can’t take time to sit and visit with the residents and patients, but their hope is that the greenery reminds them that they are not forgotten this season.

“We didn’t see the people’s faces, but we did see the nurses that came and got them and they were just very thankful and excited to put them on the dinner trays that night,” Mitchell said.

NCCU coach’s life lessons on police, giving back, and overcoming the odds

Dr. Wohl answers your questions about the Delta variant