HUNTERSVILLE, N.C. — Jay Gregory has a way with tools.

But inside his garage, they’re focused more on two wheels than four. A couple times a week, he picks up discarded bicycles at the North Mecklenburg County Recycling Center and brings them home to repair.

He began fixing up the bicycles during COVID when he was looking for something to do.

“I was bored,” Gregory said.

He takes the repaired bicycles to the Ravenwood Hills apartment complex in West Charlotte. Gregory has spent years volunteering in the community.

It’s an apartment complex full of kids, but as Gregory will tell you they didn’t have much to do.

“They used to just stay in the house,” said 10-year-old resident Khayri Ray. “Stay on their phone.”

Bicycles flood the parking lot as kids weave between each other. Khayri rides every day.

Gregory says he’s refurbished more than 170 bicycles this past year and given around half of them to neighbors at Ravenwood Hills. From the kids at heart to the youngest of children, bike riding has captivated this community. 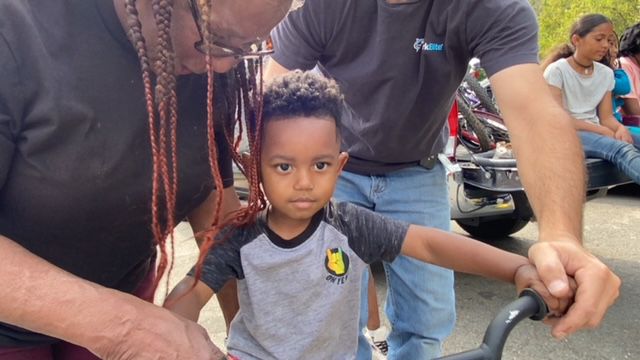 “They start to have friendships. You’ll see boys and girls that probably normally wouldn’t hang out with each other but they have that common theme of ‘hey, let’s go ride up the street or to the school,’” Gregory said.

Gregory has shown the dullest of moments can become the most meaningful if you’re willing to put in the work.

No. 21 UNC aims to end skid vs. Virginia in key ACC matchup

Bill could do away with extra unemployment payments in N.C.

After receiving almost $21 million in contracts set aside specifically for service-disabled, veteran-owned businesses, the owners of a contracting company, who never served in the…