NEW BERN, N.C. — Over 100,000 people are expected to welcome fall in New Bern with the annual Mumfest celebration. This weekend, downtown New Bern will be filled with entertainment, vendors and of course, chrysanthemums.

New Bern Parks and Recreation decorates downtown New Bern with about 2,300 mums for this event. James Lewis has been working with parks and recreation for 33 years.

“I just enjoy working for the department and the city as a whole,” Lewis said. “Throughout my career I have worked with a lot of great people. That’s been the best part, the camaraderie. That’s the part I’m gonna miss when I do leave.”

Lewis has been to almost every Mumfest in New Bern. Now he is retiring soon, but he says this won’t be the last Mumfest he attends.

“In the past I’ve always been working. So I enjoy it, but I still had a job to do,” Lewis said. “So I may come to a few of them with my daughter since she [is] still pretty young and kind of take it from the other side, you know. I’ve always seen it from the inside, now I wanna see it from the outside.” 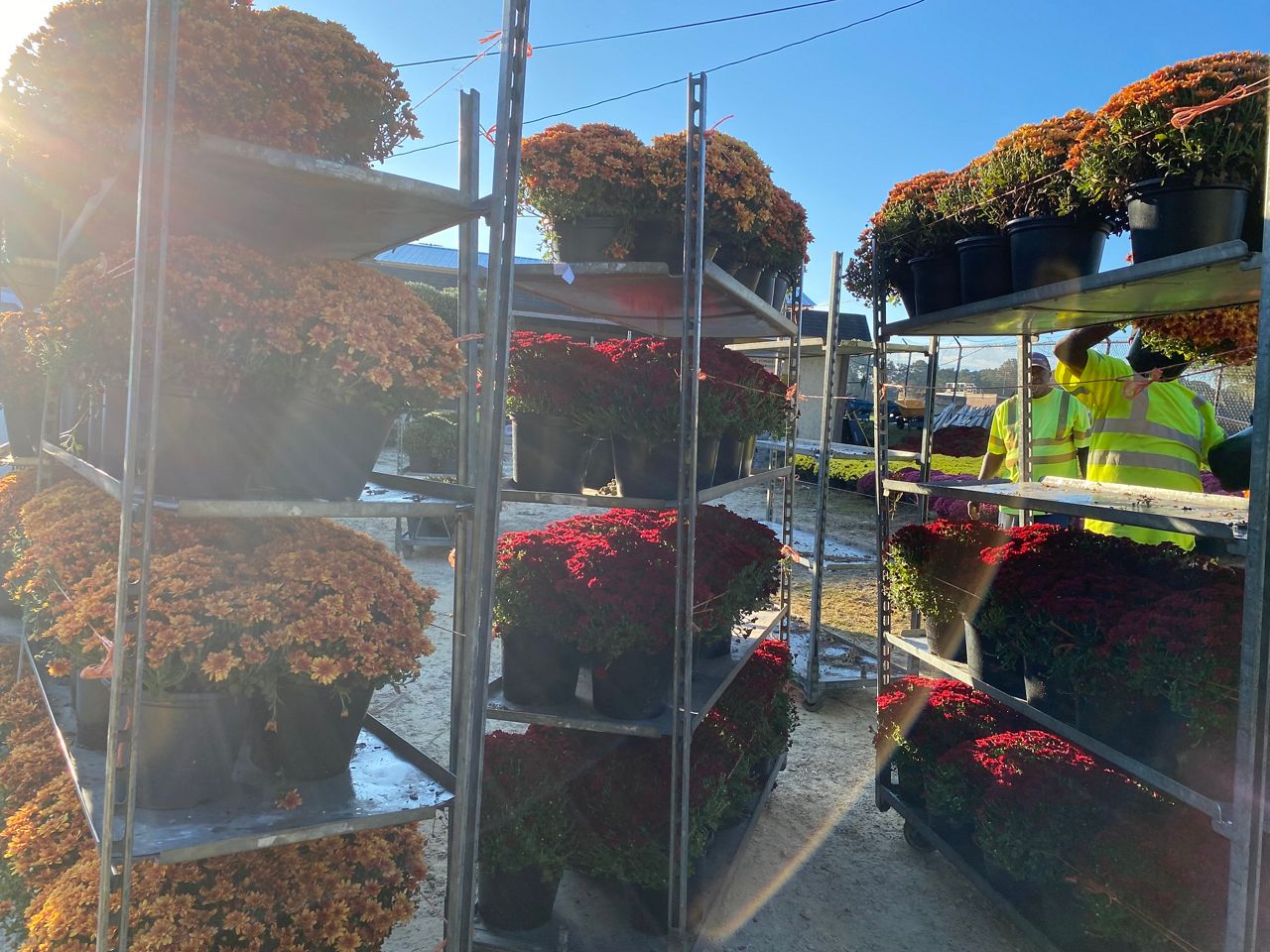 Mums for Mumfest arrived on Tuesday

Before visitors can enjoy the event, the parks and recreation team has a lot of work to do. They are focused on the beautification of downtown New Bern.

An eastern North Carolina farm delivered truckloads of mums Tuesday. Then the parks and recreation crew spent Thursday spreading the colors around town.

Superintendent James Hucks is in charge of getting everybody organized.

“There’s a lot a lot of foot work to beautify the city and put the flowers out, and getting everybody organized and running good and hard.” Hucks said. “Everybody pitches in 100%. There’s no days off between this past Monday and this coming Monday.”

One of the most popular decorations is the flower arch located in Union Point Park. These simple mums have become a crowd favorite here in New Bern and a symbol of fall celebration. Lewis says it will always be great to see the visitors enjoying the results of their hard work. 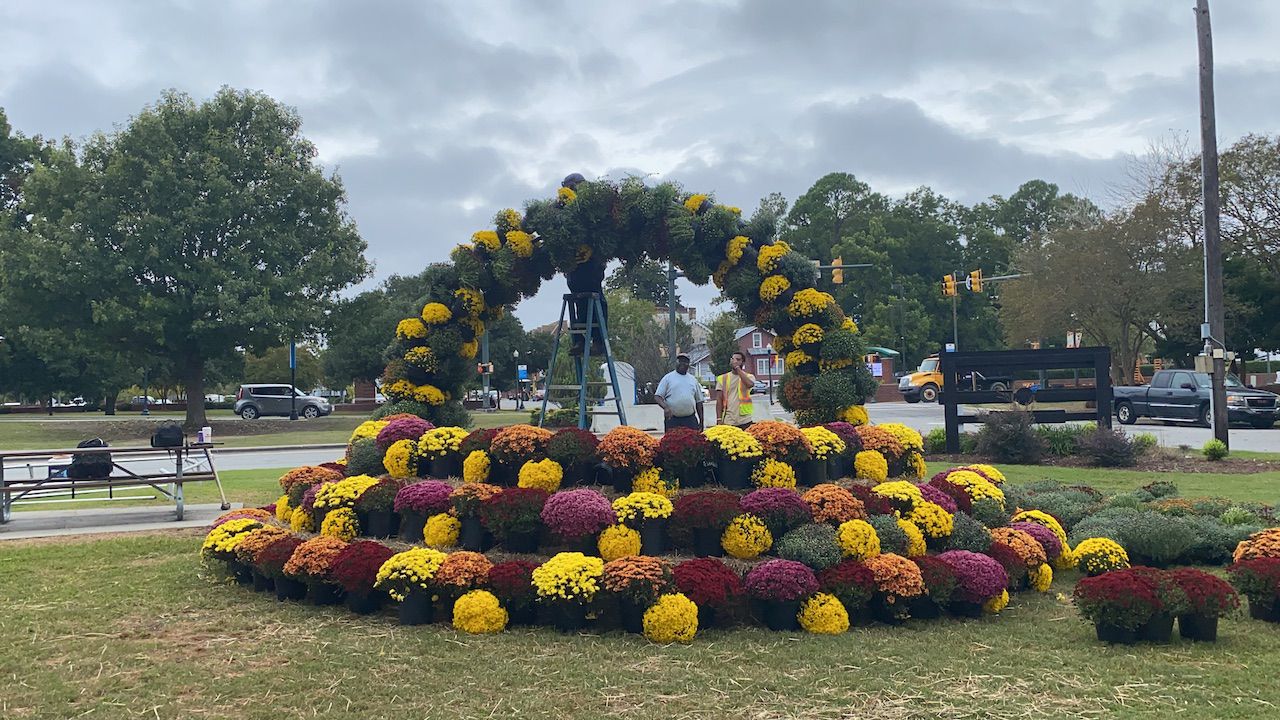 Inside the Amazon Health and Wellness Program