The brand sells about a quarter of all the soft drinks in the United States. But did you know that the first Pepsi was invented in North Carolina?

It’s one of the many North Carolina firsts that make our state so interesting.

If you visit the Birthplace of Pepsi-Cola in New Bern, you can get a taste of where it all began.

The history of Pepsi-Cola starts in an old pharmacy in downtown New Bern that has been transformed into a museum and cafe.

Peterson is a New Bern native. She’s always been a fan, not only of Pepsi itself, but of the history behind the drink.

The story starts all the way back in 1893. Caleb Bradham was a 28-year-old pharmacist who put together a concoction and made a syrup and sold it.

It was called Brad’s Drink by the locals, and it was originally sold as an elixir for stomach ailments. The mixture included sugar, water, caramel, lemon oil, kola nuts and other additives.

Eventually the drink became so popular that Bradham changed it from medicinal to recreational, added carbonation and changed the name to Pepsi-Cola. The revised drink has not only become a fan favorite, but now the Birthplace of Pepsi has become a popular attraction, too.

“We love New Bern, and it’s the place to be,” Peterson said. “I’m from here, I told you, for all my life, and I never knew how many people come here from all over the world.”

Peterson says she loves greeting people, showing off the museum and watching customers enjoy the product. Although New Bern is a Pepsi town, and they’re proud of it, that doesn’t mean you can’t get a Coca-Cola.

“People come in here all the time and say, ‘Can I have a Coke?’ and start laughing. And we say, sure, go down the street,” Peterson said.

But for Peterson, it’s hard to beat the taste of Pepsi. She told me she’s a big fan and reminded me of an old Pepsi jingle:

“Pepsi-Cola hits the spot. Twelve full ounces that’s a lot. Twice as much for nickle two. Pepsi-Cola is the drink for you.”

Peterson says a bottle of Pepsi goes perfectly with peanuts or popcorn. So if you’re in the New Bern area, be sure to check out the Birthplace of Pepsi-Cola on the corner of Middle and Pollock streets. 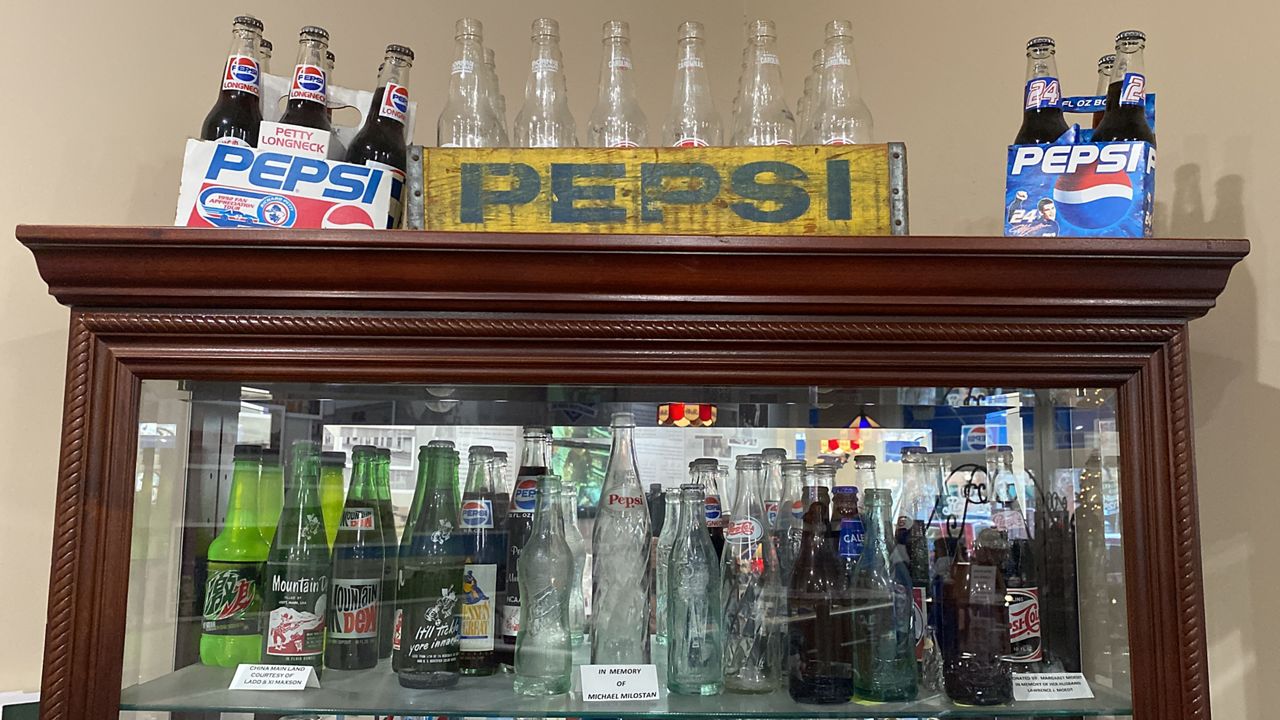 A display at the Birthplace of Pepsi in New Bern.

What to expect when adopting a Dalmatian

CHARLOTTE, N.C. — Best friends Rachel McBeth and Jamie Francom created Taste the Carolinas during the pandemic to try and get business back into local…