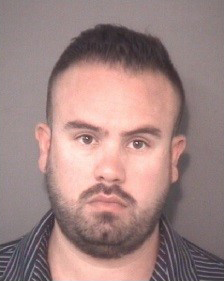 Insurance Commissioner Mike Causey today announced the arrest of the owner of Above and Beyond Roofing on charges stemming from a months-long investigation into fraudulent roof repair.

Special agents from the Department of Insurance’s Criminal Investigations Division charged Ricardo Romero, 34, of 16301 Woolwine Road, Charlotte, with nine felony counts of obtaining property by false pretense and nine misdemeanor counts of failing to work after being paid. He turned himself in today to authorities in Union County where he is awaiting a magistrate hearing.

According to arrest warrants, Romero obtained money from nine households, seven in Wake County and two in Harnett County, and did not order materials or provide roofs.

Multiple special agents from the Criminal Investigations Division have been investigating Above and Beyond Roofing and Romero for months after receiving complaints that work had been contracted and that insurance claims had been filed and paid.

The Criminal Investigations Division began investigating the company after consumers filed complaints with the Department of Insurance that Above and Beyond Roofing employees had conducted free roof inspections in the area following a September 2017 storm.

Last month, special agents were granted a search warrant to inspect bank records of Romero and the roofing company.

The investigation is ongoing.

Buckhead, Atlanta’s wealthiest section, may break away from the city as crime there increases, the Washington Post reported. Residents of Buckhead are circulating petitions and…