Insurance Commissioner and State Fire Marshal Mike Causey, along with other state and local fire officials, kicked off Fire Prevention Week on Monday by reminding North Carolinians that, “Every second counts: Plan two ways out.”

Raleigh Fire Chief John McGrath said extinguishing fires is not the only mission of the fire department.

“The core mission is the prevention of those fires,” Chief McGrath said. “The best fire is the one that doesn’t occur. But if it does, we want people to understand that they are more important than anything. Things can be replaced. People cannot.”

Chief McGrath said every fire department has a major commitment of people safely getting out of a fire. He said Fire Prevention Week is an important opportunity to recommit to the message of reminding people of fire prevention basics.

Terrell Watkins is one of those survivors. Twenty-seven years ago, at age 13, Watkins was severely burned in a fire. He said 75 percent of his body was burned, all third-degree burns from the waist up. He praised the firefighters standing behind him at Monday’s kickoff, and the people at the N.C. Burn Center in Chapel Hill who helped him recover.

“That particular place could have been my grave, but the powers that be said that this is not the time for you right now,” Watkins said. “Ever since that day, I try to live my life to the fullest and let the other survivors know they can still make it.”

Watkins went on to play football at Winston-Salem State University and spends time at Camp Celebrate, a weekend camp for children who have survived burn injuries at the N.C. Burn Center in Chapel Hill.

Commissioner Causey also asked those assembled outside the Albemarle Building in Raleigh, which houses the N.C. Department of Insurance, to pause for a moment of silence for Burke County firefighter Jason Keith Hensley, who was killed when he was struck by a car while clearing storm debris from a road in Morganton Sunday.

“When firefighters go out, you never know what’s going to happen,” Causey said. Smokey the Bear and Sparky the Fire Dog were on hand for the Fire Prevention Week kickoff, along with Cinder, the Raleigh Fire Department’s dog that helps educate children in fire prevention. 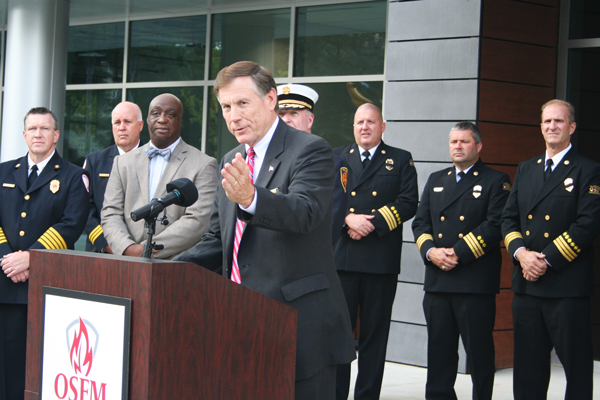 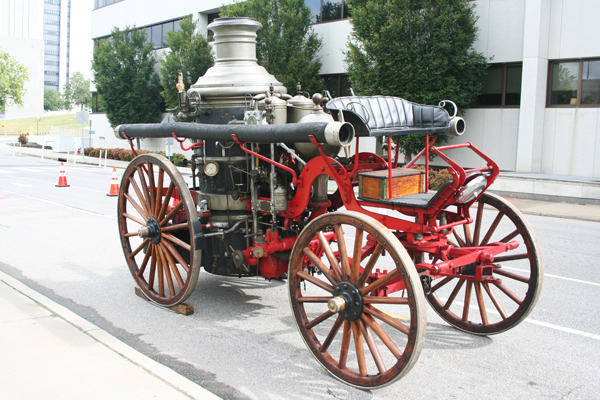 A 1905 American LaFrance horse-drawn steamer was on display at the Fire Prevention Week kickoff outside the Albemarle Building in Raleigh on Monday.

U.S. District Judge William Osteen has “vacated and dissolved” his injunction against North Carolina’s abortion law. That decision allows a ban on most abortions after…

a family farmer fights to chart a new path